​What is a spiritual attachment?

​What Are the Signs of Attachment?

"The doctor says all the tests came back negative, but I know something is wrong."

Entities and negative energies can have varying degrees of influence over their host, ranging from a mild energy drain to almost total possession (which is extremely rare). Some tell-tale signs may be: Hearing voices, sudden cravings for alcohol, cigarettes, drugs, etc.-- especially after surgery or a traumatic event, sudden weight gain--especially after surgery or a traumatic event, fears and phobias, sudden changes in behavior--such as increased anger, depression and thoughts of suicide, serious illness of unknown cause, loss of energy, memory and concentration problems, unexplained physical problems--such as pain from an undetermined cause, migraine headaches, night terrors and nightmares, panic or anxiety attacks, and/or multiple personalities ​

​What Are Entities and Negative Energies, and Where Do They Come From?

Earthbound spirits and dark energy forces are the two most common types of entities. The spirit is the part of us that survives after death of the physical body. Sometimes spirits just don't know what to do when their physical body dies, so they stay in the earth plane and can attach to living people, or remain in a specific place (thus a haunting spirit or ghost).

The dark energy forces can be termed non-human entities. They have never been alive in their own physical bodies, and are usually on a mission to destroy. We don't really know where the dark ones come from. Some say that negative thought forms give dark forces--or Satan or Lucifer--the tools needed to create these beings. Another theory is that they may be fallen angels. Part of our current research involves asking these dark ones where they came from, or how they came to be. Curses, psychic attacks and negative thought forms are negative energies generated by living people. ​

How Do They Get In?

In order for entities to attach to a human, that person must be vulnerable in some way. An earthbound spirit may attach while the human is unconscious for any reason--be it trauma (physical or emotional), anesthesia in surgery, a blow to the head, drunkenness, etc. Severe stress, exhaustion, grief, extreme anger, fear, or guilt can also open a person for attachment.

Without proper protection, such things as channeling, mediumship, and automatic writing are open invitations for possession, as is being present at a seance, or using an Ouija board.

Childhood abuse, rape, or incest can allow entities to attach. Sometimes, after the death of a loved one a person can unknowingly invite attachment of that loved one with thoughts such as "don't leave me. I don't want to let you go."

Once an entity gains entry, a "hole" in the aura is in effect present, which allows for more attachments.

Hospitals, cemeteries, and funeral homes are common places to pick up entities. Spirits tend to sometimes hang around the place where their bodies died, or hang around the body itself.

A form of spiritual healing known as Spirit Releasement is employed to clear a person of attachments and negative energies.

​What Is Spirit Releasement?

Spirit Releasement, also known as remote depossession, is the process we use to release entities from living people.

The term remote means that the work can be done from a distance. This is possible because we work in the higher consciousness. Releasement can also be done directly with the person wishing the procedure. However, we feel that the remote process removes any possibility of suggestion playing into the process. Remote spirit releasement can be done without the conscious knowledge of the person on whom we are working, but permission is always requested from that person's higher self before the procedure is undertaken. ​

Who Does the Procedure?

Releasements are done by a professional and extensively trained Master Hypnotists  who are specially trained in this procedure and who have a working knowledge of metaphysics and parapsychology. We're sometimes called "spiritual warriors doing battle with unseen forces."  A Releasement session can sometimes last several hours. ​

​How Does This Compare with Exorcism?

Spirit Releasement is different from exorcism. Exorcism, usually performed by a minister or a member of the clergy, is a procedure to cast out demons. In the Releasement process, we talk to these "demons," turn their darkness into light, and release them to go to their proper place in the Light only after they have agreed to go. This prevents the dark one from returning to the host or to anyone else. In cases of earthbound spirit attachment, the entity is simply made aware of its situation and lovingly guided into the Light, usually into the care of a loved one who comes to help in the transition. Curses and negative energies are removed by severing connections and transforming the energies from negative to positive. ​

Does This Really Help People?

"It's amazing, Martin's hip doesn't bother him at all since the releasement . . . and he doesn't even know he's "been depossessed."--B.C ., Ocala

Releasement has been very beneficial to many people, but it is not a cure-all. Once the entities are released, the problems that they had been causing tend to clear up quickly. The degree of improvement also depends on how much influence the entities have had on the host. Sometimes entities are released and the changes are so subtle that the person may notice no changes at all. This is simply because of the nature of the attachment. Unfortunately, Spirit Releasement is usually used as a last resort. We feel that releasing these entities can be quite effective before one spends a great deal of time on lengthy traditional therapy. Spirit releasement presents no threat of danger or ill effects to a person. However, a person may sometimes feel tired for a day or so after the release has been accomplished.

​The phenomena of entity attachment is prolific. One of the greatest strengths available to any non-physical being attached to a human host is our denial that such things are "real."

The following is an interview conducted by Dick Sutphen with Dr. William "Bill" Baldwin titled Depossession In A Clinical Setting.  Dr Baldwin is the author of Spirit Releasement Therapy.  Bill died in 2004, but this material was recorded at a Sutphen Seminar, and released on Dick Sutphen's Metaphysical World Aug. 2010.
Click on the audio recording icon to hear the entire interview.

What is and how does Spirit Attachment occur, based on the writings of Dr. Bill Baldwin

As Baldwin notes, spirit persons generally become earthbound due to feeling shocked after a sudden traumatic death, because of false religious beliefs about the afterlife, or due to intense emotions of anger, fear, love, resentment, jealousy, guilt, remorse, etc., all which serve to psychologically fixate a person after their death.  To an overwhelming extent, the entity now dwells in a place where time does not really exist and does not really pass. “It is a freeze frame, stop-action position.” If a person dies, for instance, in the heat of hatred, then that state of mind continues after death, essentially unrelieved, and acts like a ball-and-chain to keep the spirit earthbound.

Once earthbound and unable to make a transition into the Light, the vast majority of these entities seek out attachment to someone on earth.  The following are reasons described by Dr. Baldwin and Dr. Modi as to why these spirits attach themselves to living persons:

1. Newly deceased spirits retain their appetite for certain drugs and try to satisfy their addictions via attachment to users.

3. Entities attach due to their own motivations whether they are benevolent or malevolent, and may be completely random.

4. An entity attaches because it has unfinished business with the host or someone close to them.

5. An entity attaches because they are magnetically drawn to the host’s strong emotions, for example anger, grief, repressed negativity, etc., which resonates with what they were feeling.

6. Entities attach because the opportunity presents itself, and the host are susceptible due to high levels of stress, alcohol and drug abuse.  The host may also be vulnerable through surgery, emotional and physical trauma, organ transplant, blood transfusion, etc.

8. Entities may attach during sexual intercourse, and especially through the trauma of sexual abuse, rape, incest, etc.

9. An entity of a terminated pregnancy can attach to a newborn baby who would otherwise have been their brother or sister if they would have been born.

10. Entities can attach during funerals if welcomed by a grieving person.

11. Entities can often attach to sympathetic people in hospitals and nursing homes.

The purpose of this questionnaire is to assist a person who is suffering in identifying a possible energetic root cause of that suffering. Bringing the details to conscious awareness and reviewing patterning will greatly assist you in clearing a debilitating condition once and for all

What About Places That Are Haunted by Spirits or Negative Energies?

Spirits usually have a reason for haunting specific places; for instance: sudden death, or death from violent or traumatic causes. They may have "unfinished business" or "a score to settle." They may be unwilling to give up their physical possessions. They may be confused or not realize they are physically dead. These spirits can also be released by remote means. Negative energies may inhabit places for many different reasons. Places where violence or traumatic deaths have occurred may retain the overall energy of those happenings--battlefields, for instance. Homes where people constantly fight or argue with each other may retain the negativity of those actions. An example of positive yet solemn energy clinging to a place is The Wall memorial to Vietnam War casualties. This energy has been created by visitors to the memorial paying homage to their fallen comrades and loved ones. 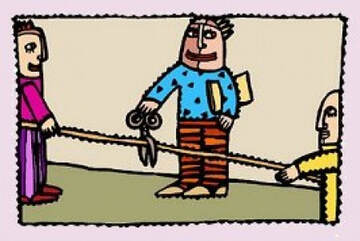 Everyone does not require everything listed above. We will know what is needed.  We are typically successful in these cases. Many really disturbing symptoms are eliminated.

There is normally an immediate awareness of a change. A short period of fatigue or some mild upset is common. After it clears, the client often experiences for the first time in a long time what life can be like free of this affliction. If the healing progresses over months, expect some ups and downs. Keep in mind that this is not psychotherapy. There is nothing to “process” in that sense.

How it Works
The procedure we follow is to accomplish the clearing first. That involves a technique of cutting all psychic cord connections. The next step is the critically important healing of the damage to the energy field, etheric bodies and chakra system. If possible we lead the offenders into the Light. We monitor you until the boundaries of the aura are sealed so that you are not vulnerable to further trouble. It is not enough to just do the clearing.

We do not need to see you in person.
We have clients all over the world.
We send you a written report of our findings.

Negative Thought Forms  (Anger - Jealousy - Fear - Guilt)
These are just a few examples of negative energies generated for various reasons. Negative thoughts take many forms and affect people in many different ways. Here is a small sampling of the kinds of negativity that can be cleared by a Releasement:

Accidental childhood "programming" by an authority figure, such as "You're stupid. You'll never learn anything." "You're just a wild animal." "You're an absolute klutz." "Can't you do anything right?"

Environments - places and objects--can harbor or hold residual vibrations from past negative actions associated with them--for instance, battlefields or disaster sites such as airline crashes.